Universities in Germany made the hatred of Jews respectable before Hitler or the Nazis came to power.

Australian academics and universities are organising and orchestrating the same hatreds that their German counterparts orchestrated in the early 20th century.

Adolf Hitler expressed these sentiments of the hatred of Jews made respectable in Mein Kampf.

These sentiments HItler expressed in Mein Kampf are expressed by the political Left today.

Antisemitism was already respectable in Germany before the Nazis became the government of Germany. Now, as then, academics are articulating a racism that is presented as "rational" and "reasonable". This racism presented by persons with scholarly bona fides is, like that of pre-Nazi Germany, "respectable".
Students were already partaking in anti-Jewish actions well before Hitler wrote Mein Kampf (which he wrote while he was serving a jail sentence for his role in the Beer Hall Putsch).  Mein Kampf was published in 1925.

Australia's antisemitism is a product of the academics and university students of this country.

In both Pre-Nazi Germany and in Australia today the rationalisation for racism is "Zionism". Each according to their times, portray "Zionism" (or "International Jewry" as Hitler called it) as having MANIFESTED itself in the form of Bolshevism in Germany or, the state of Israel in the case of contemporary Australia. And the Germans then and the Australians now claim to be reacting to what they say are Jewish phenomena.

Adolf Hitler expressed his sentiments in Mein Kampf. And, these sentiments were of his and his compatriots' hatred of Jews, against whom he claimed his kampf (struggle) was.

Adolf Hitler's sentiments were the sentiments of Germany and of the German people (which of course includes the Austrians who are Germans living in the "East-Realm"; Österreich).

It was because Hitler expressed, in Mein Kampf, the same hatreds of Jews held and expressed by the Germans, such as the university student unions, that he secured for himself and his political party his election to government; that is, Hitler would have failed if he was a racist who forcibly foisted his own sentiments (being his hatred of Jews) onto a German population that did not already possess such sentiments.

Well before the Nazis, led by Hitler, became the government of Germany, hatred of Jews ("anti-Semitism") had already been made respectable, and had been made respectable by the intelligentsia. It was "Rational Antisemitism"; there was no need for Nazis or for Hitler to introduce hatred. It was already there and Hitler expressed these sentiments in Mein Kampf.

Antisemitism was a product of the intelligentsia. It was the product of the universities. It was the product of academics; sincere and “knowledgable” scholars and students of the universities. Antisemitism became "rational" solely on the AUTHORITY of the academic qualifications of the academics propounding it. Hatred was made respectable by the universities, as it is today in Australia. The concept of "rational antisemitism" propounded by universities, academics and students and which HItler appealed to is not something that has only recently been noted. It is not a "controversial" or new revisionist idea. It is noted in, for example, "Approaches to Auschwitz: The Holocaust and Its Legacy" (ISBN 0664223532), below: 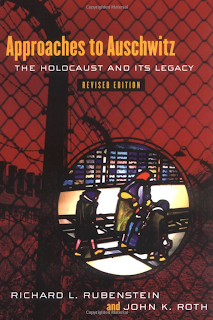 Published in 1987, it is available at the University of Melbourne library (see below) 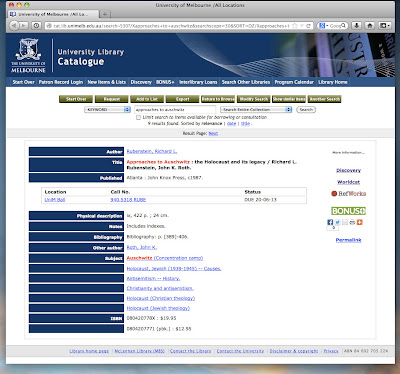 In contemporary Australia, the academics, and the universities, emulate German institutions of the early 20th century, expressing the same sentiments that were taken up by the Nazis and Adolf Hitler.

In Germany once the universities adopted anti-Semitism they created a "rational anti-Semitism” that was respectable because it was the intelligentsia who articulated it and not the common-volk.

In Germany, the Nazis took over the antisemitism that the academics, and student unions had already started, see below:
Below, German student unions instigated the infamous book-burnings, not the Nazis. This is not something that is unknown. 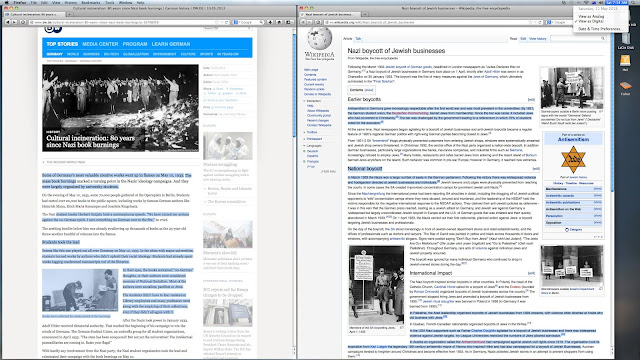 University academics who today agitate against Jews claim that they do so based on dispassionate grounds, and are motivated by altruism, vis-a-vis “Palestine”. The corollary then becomes that those who contradict them are their opposite; irrational and by lacking altruism, evil. If one, in dismantling their reasoning, were to point out that the problems regarding “Palestine” are demanded by Islamic doctrine, doctrine that Palestinian bodies openly proclaim in their statements, in their covenants and in their charters, and point out that the Palestinians they support are actually inciting the conflict that they condemn, then the person pointing this out is labelled “racist” for doing so.

“Racism” has become the charge levelled against any critic of Islam. "Racism" serves, as it becomes evident, to make the Palestine issue an issue caused by Jews (since you cannot critique the "Palestinians"), so that such groups can openly hate Jews. Thus, blame is apportioned to the Jews vis-a-vis their doctrine (the Bible), in the same way that Hitler blamed Jews on account of their OT vengeance, while the Koran and hadith cited by the Arab Muslims which urge the genocide of Jews, is made taboo, simply to maintain a hatred of Jews. There is no difference between these people’s hatred of Jews and the hatred of their German counterparts of around a century earlier.

As the academics and universities are respectable members of the country's intelligentsia their charge of racism is accepted and consequently their accusation of racism levelled against the critic of Islam discredits the critic.

When fables are passed off as history and those who write history ignore historical facts, then the resulting "history" merely constitutes propaganda.

Hatred of Jews continues today. It is now, as it was in pre-Nazi Germany fomented, organised and pursued by student unions and the university intelligentsia.
In pre-WW2 Europe it was drawn from the political right, "defending" Christian values, today it is drawn from the political left who "defend" Muslims against "racism".
It is student unions who today call for anti-Jewish measures, and because such calls are made by university students, university graduates, persons with degrees, university lecturers, their calls are "respectable" today, just like they were respectable in both pre-Nazi, and Nazi Germany.

Notes
In Australia, university student union bodies such as Students for Palestine organise anti-Jewish protests in which, for the purpose of blaming Jews for conflict, they equate criticism of Islam to be support for Israel, and call anyone who disagrees with them “racist”. These university student union bodies are Australia’s equivalent to those of the early 20th century Germany which gave rise to “rational antisemitism”.